For the pastry (makes approx 20 tarts)

225g of plain flour, plus extra for dusting

You can support DragonMama buy getting your tart moulds using the following link. Thanks!

1. Sift the flour into a mixing bowl.
2. Add the sugar,salt and butter, then rub together until the texture resembles fine breadcrumbs.
3. Add vinegar,vodka vanilla and egg into the mixture.
4. Then knead gently until dough comes together. Wrap in cling film and chill for 30 minutes.
5. Divide the dough into small bits, around 20g each.
6. Roll each into a ball and press it into the mould. Preheat the oven to 185C. 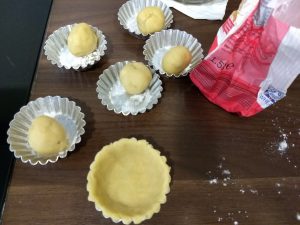 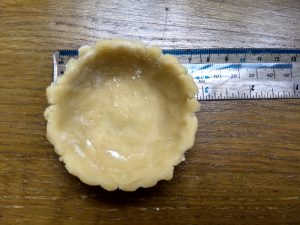 7. Mix the sugar and boiling water in a jug then add the milk
8. Add the egg and vanilla extract into the liquid then use a sift to strain the egg mixture.

9. Pour the egg mixture into each mould and bake for 17-18 mimutes.

Notes: Freeze the remaining pastry(in moulds), use them for other tarts later.